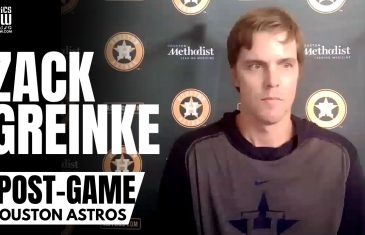 Watch as Zack Greinke speaks to media following his 9th win of the year against Indians. Zack Greinke tossed a solid outing for the Astros, going 5 and 1/3 innings and allowing just 2 runs against Cleveland. Greinke was pulled from the game after getting into trouble in the 6th with just 85 pitches. Greinke […] 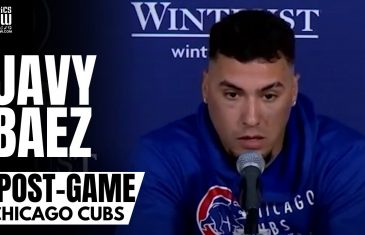 Javy Baez Reacts to Getting Benched by David Ross: “I Was Just Surprised”

Watch as Cubs star Javier Baez reacts to being benched after being caught SLEEPING on the bases. In a 4-0 loss to the Indians, Chicago’s David Ross made a surprising decision to bench star short-stop Javier Baez. This came in the 4th when Baez was caught sleeping on the bases following a one-out pop-up from […] 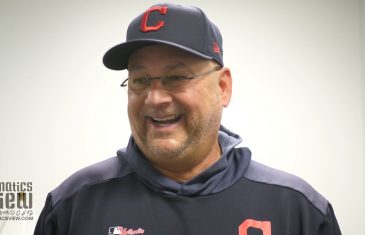 Terry Francona spoke to Fanatics View on coaching NBA Legend Michael Jordan. Michael Jordan played for the double-A Birmingham Barons in 1994, batting .202 with 30 stolen bases through 127 games. Fanatics View asked Francona on the experience of coaching the NBA Legend. “It could’ve been a circus, and it never was”, Francona responded. “He […]