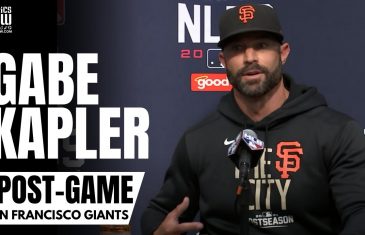 Kapler on Check-Swing Call: “It was tough” The San Francisco Giants will not advance to the NLCS as they lost 2-1 in Game 5 against the Los Angeles Dodgers. The rivalry created a drama-packed series, even up to the final batter as the last out was called a strikeout on a very controversial check-swing. Manager […] 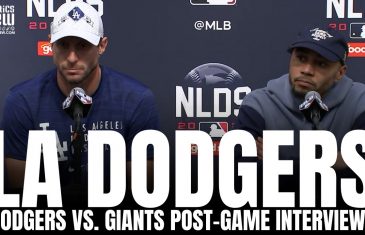 Dodgers defeat Giants in NLDS 3-2 The Los Angeles Dodgers defeated the San Francisco Giants 2-1 in Game 5 to win the NLDS. Star-pitcher Max Scherzer, who pitched in Game 5, alongside all-star Mookie Betts, sat down with the media to discuss the intense series and what is next. “Just to fight all season long, […] 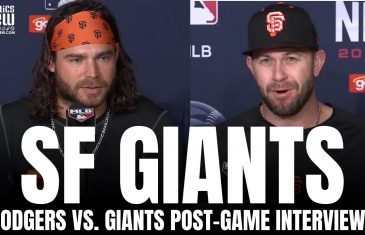 Longoria on finishing Dodgers after taking 2-1 lead: “It’s not going to be easy” The San Francisco Giants have taken a 2-1 lead over the reigning World Series champion Los Angeles Dodgers. Evan Longoria and Brandon Crawford spoke about the team’s mentality going into the game, and what it means to be on the brink […]